Design and implement IT solutions to support expanded terminal capabilities, provide a better service to passengers and tenants, and maximise opportunities to generate revenue.

Designed and rolled out an MPLS network and innovative business solutions which have streamlined operations and transformed the experience of staff, tenants, airline partners and passengers.

Enhanced experience for passengers and visitors, improved turnaround of flight at gates, and new revenue streams which contribute to achieving a faster return on investment.

Melbourne Airport is the fastest growing major airport in Australia. It plays a major role in Victoria’s tourism, is a key contributor to the state’s trade, and is a critical link in Australia’s domestic transport network.

In late 2007, a $330 million program of infrastructure improvement was planned to extend the international terminal and significantly increase passenger handling capabilities. To coincide with this expansion, the airport examined how it could provide a better service to passengers and tenants, and how it might maximise opportunities to generate revenue.

Top of the list was better managing pedestrian traffic within the terminal by transforming the flight information display system (FIDS) into an integrated and interactive system also capable of displaying video, television and other messaging and advertising. In addition, Melbourne Airport wanted to be able to provide better services to tenants, with faster and more flexible connections; to decrease aircraft turnaround time; and to improve management of video, data and communications.

To kick-off, Frame was commissioned to develop a 20-year ICT infrastructure plan. The project required detailed short-term and 10-year action plans, plus a high-level 20-year outlook. The strategic review showed that a key determining factor in service quality was the ability to manage complex networks, in particular, the networks to which tenants connected. So Frame recommended an integrated carrier-grade network.

Frame designed and rolled out a multiprotocol label switching (MPLS) network as well as innovative business solutions which have streamlined operations and transformed the experience of staff, tenants, airline partners and passengers.

The new FIDS enables Melbourne Airport to share up-to date flight and gate information, news, directional guidance and emergency messaging, based on location and where passengers need it most: in the arrival and departure areas and at the gates.

With the high-performance network supporting outdoor wireless at each of the gates in the international terminal, pilots are able to securely transfer critical flight information to flight control before the plane even reaches the gate, speeding up the turnaround of flights.

The unified communications solution enables airline staff to log in to any IP phone located at each gate and around the airport to access their personalised profile, and are able to stay connected anywhere they go within the airport. And Frame’s solution lets airline gate personnel ‘push’ instructions, alerting passengers using the FIDS. This greatly enhances the management of passenger traffic and streamlines the boarding process for on-time flight departures.

By designing and building a highly secure, reliable and scalable network, we provided a rich set of data, voice and video services for Melbourne Airport and its more than 150 commercial tenants and airline partners. For example, retail tenants can purchase wireless connectivity for kiosk registers, advertising space on the airport’s digital media signage, and IP phone services. These services provide new revenue streams for Melbourne Airport, and contribute to it achieving a faster return on investment.

Working closely with Melbourne Airport stakeholders to refine the vision, Frame then managed the program of works which delivered the architecture, processes, systems and tools to allow all stakeholders to benefit.

As part of the implementation program of works, we managed the projects end-to-end, designed the network and services architecture, installed and tested equipment, developed as-built documentation and trained airport administrators and users. Frame also provided systems integration, notably for the FIDS which is integrated with the airport operational database and external data sources such as XML feeds, databases, web services, text files and SharePoint lists.

Commencing in 2009, the project was implemented in phases. During the first phase, the MPLS network was installed in the international terminal extension. The second phase upgraded network services at boarding gates. During 2010, the MPLS network was rolled out in stages to other parts of the airport, starting with the car park networks and the disaster recovery centre. By May 2010, FIDS screens had been installed across all terminals. And plans were in place for the network to be rolled out to all other airport buildings. 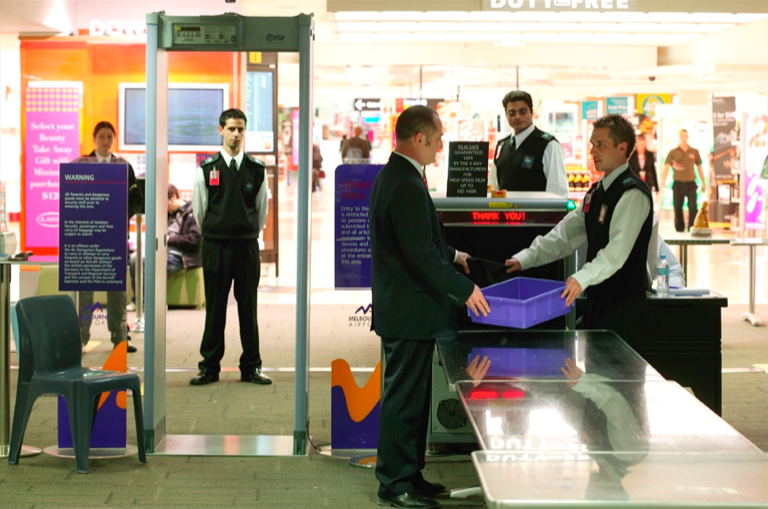