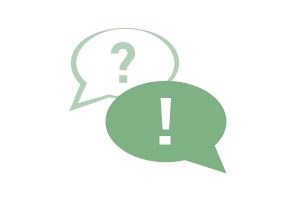 I’ve been working in the ICT outsourcing industry since before the turn of the century. So not only am I a bit long in the tooth, I’ve been part of a lot of outsourcing engagements.

But there were a few I’ve witnessed that didn’t go so well.

And you know what? The things that stood out about the successful outsourcing engagements were the same things missing from the unsuccessful ones.

1. Obtain staff buy-in to avoid your efforts being derailed

It sounds obvious, but if your key people haven’t bought into the idea of outsourcing a function within your organisation, then they can very easily derail the initiative.

Conversely, if everyone wants it to succeed, then you’re miles ahead.

It’s important to make sure everybody understands why your organisation has decided to outsource a service. Then make sure all the key people are on board — from the beginning.

When the scope of an outsourcing agreement is defined down to the smallest detail, there’s little room for finger pointing.

Rather than a sweeping statement that says ‘this service will include management of all end-user computing’, you need to detail exactly what’s in and out of scope for a specific technology set.

That means a written scope needs to include every facet of what the outsource provider will be responsible for as well as what they won’t. And then it also needs to apply that scope to each element in the technology set.

Let’s look at an example.

The agreement for release management for a desktop environment should specify:

These details need to be nutted out before you agree to an outsourcing agreement. A carte blanche line or two in a contract saying ‘release management is included’, doesn’t cut it.

Make sure this level of detail is specified for every function that you’re outsourcing.

3. Speak in a common language so that your requirements aren’t misunderstood

In order to write a detailed scope, it’s necessary to have a common set of definitions that can provide an unambiguous meaning to the scope.

Within the ICT industry we’re fortunate to have the ITIL framework to provide a lot (though not all) of this common language.

So within a contract, I’ve often used a combination of ITIL definitions supplemented by bespoke definitions, as the need arose.

4. Align outsourcing services to your organisation’s requirements to avoid a mismatch of services

Aligning the outsourcing deliverables to your business requirements is another important element that drives the success of an outsourcing engagement.

While it sounds obvious, there are many times that an outsourced service is mismatched against a client’s business requirements.

It’s not uncommon to find a client paying for a 24×7 service across their entire organisation, when most of their business only operates Monday to Friday during normal office hours.

This usually comes about because an organisation’s requirements have changed over time, or because the vendor up-sold services to them.

Conversely, an organisation may have bought an outsourcing service that doesn’t deliver everything it needs.

Either way, this misalignment of outsourcing services will cost the organisation.

These are the more common pitfalls when outsourcing.

While ICT outsourcing companies have highly paid and experienced teams of outsourcing professionals on their side, most organisations use existing ICT staff and vendor contract staff to fulfil the outsourcing function.

Your own staff typically don’t have skills and experience in both ICT outsourcing and contract negotiation and management.

Guess who’s side the risks and costs of these pitfalls usually falls on?

Andrew has spent the last decade building managed services and ICT outsourcing businesses. He has presented at Australian and international industry events and seminars on the subjects of ICT outsourcing and operations.